One of the few remaining native Great Lakes strain populations, albeit at a low density, is in the Elk Chain of lakes, comprised of Elk, Skegemog, Torch, Clam and Bellaire lakes.

Very little was known about these fish and the impact that habitat loss, harvest by open water anglers and winter darkhouse spearfishing was having on their population. In 2008, MMA contributed 10 ultrasonic transmitters to this study, which took place through 2010. A graduate student from University of Michigan performed the tracking and other data collection for this project. MMA assisted the University of Michigan and the Michigan DNR with this project until it’s completion. The study was very successful in learning a multitude of movement patterns and spawning sites utilized by these fish as well as aiding in the detection of fish that were harvested over the course of the study. The findings of this study were utilized to create the modern day angling regulations on these bodies of water to preserve this fishery for generations to come. The results of this study and many others can be found in the research and education area of the members section of the site.

An Elk Chain Muskellunge recovering after being implanted with an
ultrasonic transmitter. 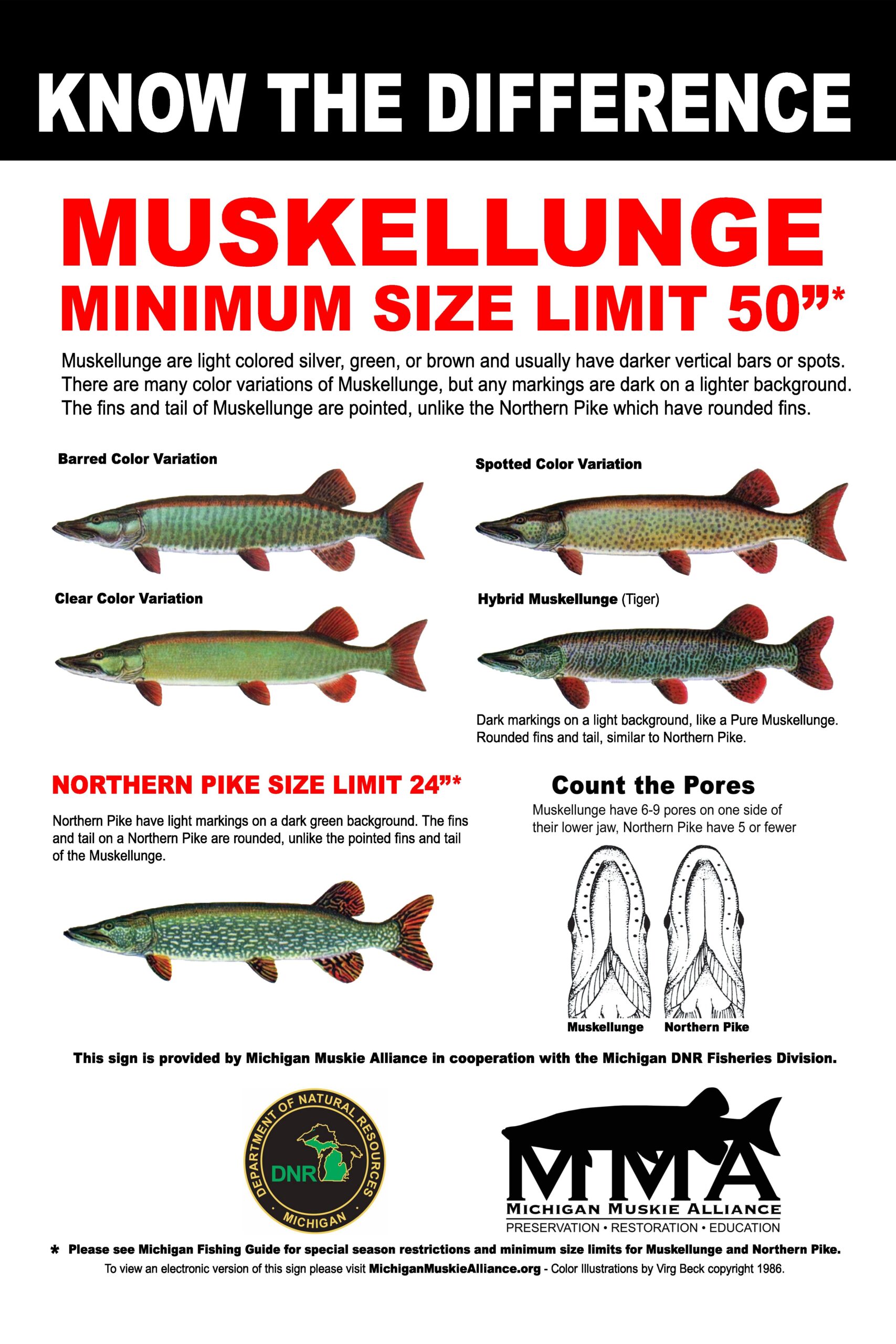